In The News: “Skin in the Game” – Risk Retention Amendment to Senate Bill 3217 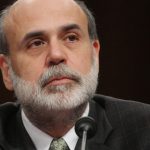 Senate Bill 3217 Restoring American Financial Stability is working its way through the Senate and is expected to be passed in the coming weeks.  Certain provisions of this bill will have a significant impact on the mortgage industry.

As you may recall, the Senate Bill 3217, as originally proposed, included a provision which would have required 5% of the risk on all loans originated be retained by the originator upon sale to investors.  The provision was not clear as to which entity or entities in the origination chain would be required to retain the risk.  It was not clear whether the risk that was to be retained would be an ownership interest in the loan or reserves supported by cash.   It was also not clear how long the originator would have been required to retain the risk.  The original provisions would have been devastating to the mortgage industry.  The 5% risk retention would have forced many mortgage originators from the business and would have driven mortgage rates much higher.  After significant industry efforts, this provision was amended last week.

The amendment, as passed by the Senate, does very little to answer these questions, but what it does do is exempt Qualifying Mortgage Loans from the requirement to retain risk.  Qualifying Mortgage Loans are defined as loans that are originated using thorough underwriting procedures and which have terms that are very basic.  Think today’s Fannie, Freddie and FHA/VA loans.  Think jumbo loans originated under guidelines similar to Fannie and Freddie guidelines.  The vast majority of loans originated in today’s market will meet the Qualified Mortgage Loans definition.  This is a good thing.

There are still issues with the risk retention provisions of Senate Bill 3217, even as amended.  Because the exemption to risk retention only applies to Qualified Mortgage Loans, there will be little room for innovation or for new mortgage loan programs in the future.   This is probably the desired result from the lawmakers’ perspective.  New programs will have to meet the Qualified Mortgage Loans definition or the interest rates for the new programs will have to be much higher to pay for the 5% risk retention.  Many of the special programs created over the last decade were simply not good for the borrower and were too risky for the investor.   Senate Bill 3217 will make it unlikely that anything resembling those programs will ever come back.  But many of the special programs, when used for the right borrower, were perfectly sound programs.  As an example, stated income programs made sense when used for high-earning self-employed professionals with low LTVs.  Even pick-a-pay loans made sense for the right borrowers.

Senate Bill 3217 is not yet law.  It must first be passed by the full Senate and then go through a reconciliation process with the House version of the financial reform bill before it will be final.  The risk retention provisions of Senate Bill 3217, as amended and if passed, will have a significant effect on the mortgage industry going forward.  As amended, though, we can at least expect to have an industry to affect.